Visible regions on the map

For various reasons, some large regions have been claimed over time: big cities, natural reserves, large building projects, etc. To help new and old players alike to identify these regions and avoid trying to build when it's not possible, they have now been flagged on the map. You can hide these markers by using the layers button at the left and unchecking the "Regions" option if you so wish.

If you can think of other areas that should be identified, please reply to this news post or contact me directly and I'll take care of it.

I've also taken this opportunity to clearly identify the main rail lines of the overworld, especially the four cardinal ones. You can make them appear by checking the "Rails" layer option.


On an unrelated note, I've made some changes yesterday to the players list seen in-game, which you usually bring up by holding the Tab key. That list will now display the players across the network instead of only being focused on the location you are on. Players marked in white are on the same server as you, while those in grey are somewhere else!

This Saturday, April 21st, at 10pm est, I am inviting everyone to Skelebrony Nether Fortress. This has been my private hunting grounds for a long time, and for one night only, I'm letting people in. However, it costs a diamond at the door.

For the event, there's a few rule changes. I'm sure you'll notice it right away, so we'll keep it mum. Some stated rules will be, no looting swords, no unfair advantages. The aim is to collect wither skulls, whoever manages the most in the time, gets the stash of payment diamonds. Then everyone can take a turn in the Wither Lounge "cashing" in your skulls for precious stars. You will be directed where to go before the event.

Afterwards, if there's still participants that want to, some nether spleef at the Coldstone Crematorium can take place, or other activities in the area.

At long last, here are the results for last year's Lemuria building contest!

Each entry in Minetropolis, Halfway and West Halfway has been judged according to the initial set of criterias. Then, each player's scores were totalled to know how many points they earned in total. Visibly unfinished entries weren't counted. From there, we know who came out on top!

Without further wait, the final scores!!

The fourth place, held by Lacar, also wins a little something in-game! Sora will get in touch for you to claim your prize. The full list of entries and comments can be viewed on their individual pages: Minetropolis, Halfway and West Halfway.

And that's not all!

Three of the judges have also made entries set to be ranked separately. Please vote for your favorite! These final results will be published in a week or so.


All three locations have several building lots available still, and you're welcomed to claim one or several to create something of your own. The goal is to eventually fill in all available spots!

We hope that you enjoyed this large-scaled event and will join us on the next ones!

The April challenge is now live! This time around, I've pulled something from the archives: you get to explore a world that was only available for a single day, two years ago, but this time with a full month ahead of you to dive in deeper... or get higher? 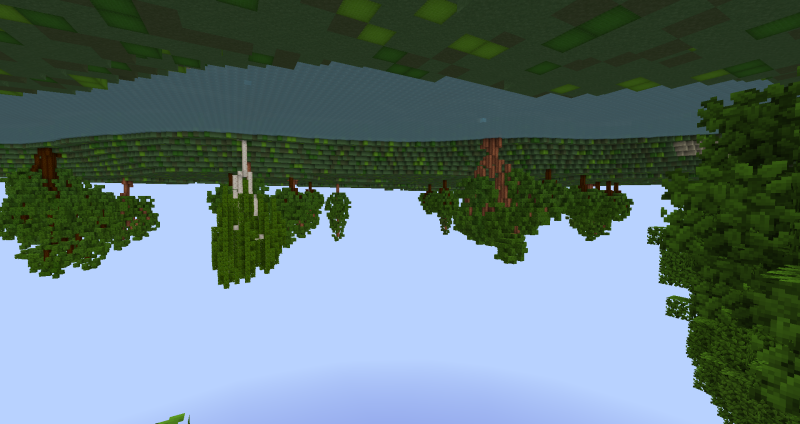 This is a free month: you don't need to hit any specific targets, just entering the world will be enough to score 5 Merit Points. That gives you all the latitude to have fun exploring this world and make what you can of it. You'll find it in the lobby, as usual.

The points for last month's parkour challenge have also been attributed. Congratulations to axe_y, who was the only one to actually make it all the way through!

Upcoming contest results, plus an event!

Looking for the long-awaited results of the Minetropolis contest, or to be on the receiving end of some SCIENCE? Well, you're in luck, as Sora's got news on both fronts!

It's just about time for another -WTF is Sora doing now-.

Hush your facessssss, judging just completed. Point compiling is nearly done, and we'll have results and winners posted on April 4th, so tune in Wednesday ya vultures.

But that's not why we're heeeeere.

I'm inviting everyone to a special 'Science' edition of Spider Dome, and you're all my guinea pigs.

Yes, you should be afraid.

There's a few new events in the works, and a couple of them involve... well, science.
And what better way to test science than on all of you!

It's not just all for my amusement, however, and there will be rewards to be gained from what you can.. collect.

Stop on by Spiderdome this Saturday at 10pm EST for a... Party? Party.