For those looking to wash away all that sand gathered while building castles, Coneva has prepared something for you!

She's been working for a while on a new water park with several activities included, and everyone is invited to attend the grand opening this Saturday at 9pm, Eastern time! A fireworks show is expected to launch the place and the first official boat race to happen on the premises! Visitors will be free to explore and race each other.

Afterwards, those looking for something a bit more active will want to join us at the also new Sea Dome, an underwater arena. Two events are planned to take place over there!

Protect The Villager: You and others must work together in order to protect a defenseless villager against hordes of attacking zombies. Protect him with your life if you must! There will be no prizes for this activity, besides the satisfaction of a job well done.

Last Man Standing: Once the life of our long-nosed friend has been preserved, the group will move on to mass PvP! Everyone goes into the arena at once, bringing their own weapons and armor, and duke it out until only one remains standing. As such, once you've been killed, you can't reenter the battleground until the end of the round. Three such rounds will be done, the three winners each winning a prize. Those will be announced at a later time. 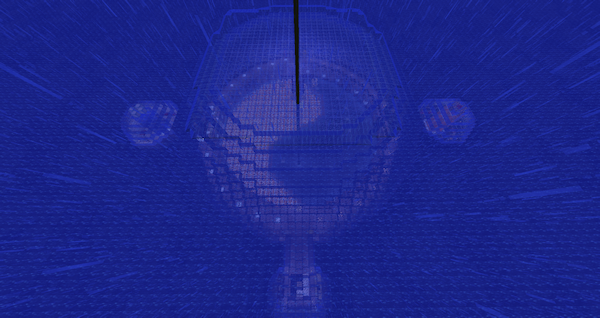 So, that's three events in one, all this Saturday the 1st of August at 9pm Eastern time. Coneva and I are hoping to see many of you there!
[Follow the discussion!]
<< Previous | News archive | Next >>

Friendermen dislike water... Why you try to kill us?

Run. Run to the water! You'll find me there..