Event: A night in the Spider Dome

You've asked, I've heard you: it's time for another round in the Spider Dome!

For those of you not familiar to the concept, we all go together to the Spider Dome arena, in the Nether, where multiple waves of mobs are summoned. You must then fight your way through them, or die trying! Any item drops are yours to keep. Special effects get added to the mix for an additional challenge!

To ensure that the challenge is scaled properly to everyone, science-type weapons and armors are forbidden. Bring in your best vanilla gear, some food, and face fear once again!

This will happen this Saturday, at 10pm Eastern time. See you then!

Sora is back, and he's brought goodies for you! Some of this update recaps changes done in the past several weeks; keep on reading for a brand new addition! Take it over, Sora!

Alright boys and girls, time for some impromptu science fun in this time of quarantine!

Firstly, there's been some rebalancing done to the Barrows in Wychwood, the Snowhead Dungeon, and the Shattered Sands dungeon for some quality of life improvements; nothing explicitly new added here, but more so to ease things along as you try and do the areas.

Within Wychwood, the 8 Barrows now have small villages linked by paths to the Castle of Famine, which then give you a nod in the right direction for finding the Barrow Trees. The Barrow Spirits can also now be found in these villages, along with shulker zones; the Spirits also now have a few new trades! The barrows themselves have been altered slightly to make re-fighting the barrow brothers a bit easier; just pop open their casket and they respawn! Speaking of Wychwood, there's more planned for these woods, keep an eye out... it's in the works....

Shattered Sands has seen the majority of the changes here; Crest and key drop rates have been increased for all 4 outposts, each area's Key Guardian mask can be traded in for extra shards of that particular god, extra Dormant Fragment drops have been added to each boss room, the drop rate for the Boss Shards for Telos's Door Carvings have also been increased. Telos himself has seen some major upgrades; Telos, the Warden (as well as his new friends) drop Anima Fragments, both a guaranteed drop and a chance for more drops across all of them (the Hope Nibblers included with Telos, the Warden also now have a chance at dropping Dormant Fragments), there's also three new paths for Telos's second fight, Enraged 100%, Enraged 500%, and Enraged 1000%. 100% is the unaltered Enraged fight that's long been there, while 500% increase both in difficulty and in drop rate for Anima and the Dormant Weapons. We've heard your pleas for mercy, know now that we are benevolent in our tortures!

More importantly, a new sub-area has opened inside (under?) Shoals of the Departed for you folks with the Elder Artifact - The Mirror, and nothing but time on your hands, The Realm of Darkness! I'll say little else on this, but I'm sure anyone can figure out what treasure awaits them here, by checking out the topics on our new Resources Forum!

Jump down this hole and have some fun. 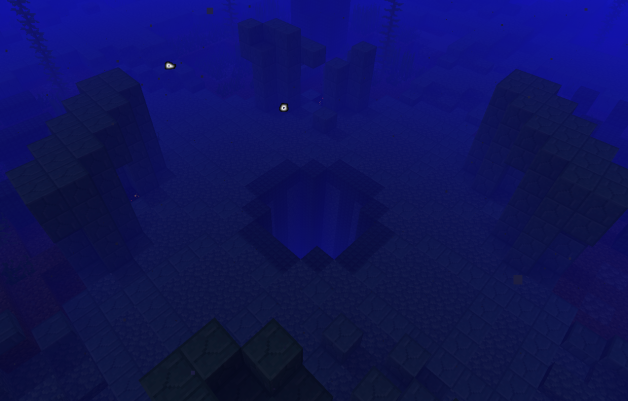 Easter happens to be next weekend, and we've got an Easter egg hunt in store for you!

Available during next Events Night, for 24 hours, the Easter egg hunt event will have you following clues and riddles to find your way across a given area. There will be a prize at the end for anyone who makes it through! The location of the event will be announced when it begins.

Rumor has it that an extra challenge will be available during the same time period for those with a fighting side in them. I wonder what that would be...

To participate, join us next Events Night, starting at 9pm Eastern time on Saturday. This will run for a full 24 hours and you can come in at any time.

Your suggestions on what to feature!

Our social media folks for Instagram and YouTube, JRandomizer and Mikey respectively, are looking for your feedback on what they should feature on both platforms! Maybe there's a cool build that you think everyone deserves to see? Or something of your own that you want to share? Or is there an upcoming event that you'd like to see covered? This is your chance!

To wrap this up, if you've got something relevant on Twitter that you think needs to be shared with the world, ping @creeperslab and we'll happily retweet it!

Our long-standing forums have received a massive upgrade yesterday! On the menu: a modernized look, new convenience features and full mobile support, making them easier to use! This is a good place to have longer discussions than a chat simple format, keep up with the news, comment on them, send an offline message to another player, and more. I invite you to read the full announcement for the details.

Most notably, the Minecraft player profiles have received a visual refresh along with some new additions. If you've explored the Lost Woods, you might have seen golden skulltulas scattered around. You can now see right from your profile which ones you've found! Login and view your progress now!

This is a major step in bringing existing features to the next level. More work along these lines will be happening in the coming weeks and months, so be on the lookout for that!