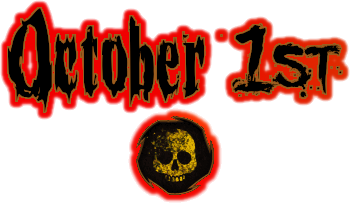 There are still a few limitations in place, but all core functionalities are in. For starters, you can view a map of this new world, which is primarily made out of oceans. Note that this is independent from the rest of the network: there is no linked inventory or supplies, but you can still enjoy the global chat. As such, everyone is starting from scratch! For the sake of having a legit test experience, no items will be randomly spawned - this is survival once again!

Among the current limitations:
- No FastCraft, ChopTree or chairs
- There's no private chat yet
- Trails are disabled
- Some staff features are still missing (yes, we can still kick/ban you!)

Tasmantis is not only a test instance - it will also be used as a resource world to get the new 1.13 content. You're anxious to get building and would like to get a head start gathering supplies? You can do this here! Once the network is updated, Tasmantis will be linked to it, and you'll be able to ferry your supplies back to the main worlds. It will be kept linked for a while, then eventually get retired once people lose interest. As such, I recommend not doing overly elaborate builds in it.

Please keep in mind not to store important valuables on your person or Enderchest in the long term: once Tasmantis links up to the rest of the network, your inventory won't carry over! It's better to have a storage place where you place your valuables in standard chests.

A reminder on this will be offered before the link-up happens so you can clear your inventory.

This is a prototype server being used to test the current versions of the server and plugins. Once all components are in place and I'm satisfied with the stability of it all, the main servers will be migrated over.

There are still some key elements that need work before the whole network jumps over:
- A vanilla glitch still exists where random chests get wiped during the world update process
- Some plugins haven't been reviewed by their authors
- I want to polish some new features before they go live

Only when all three of the above have been cleared to my satisfaction will we make the final migration.

Thank you for your patience!

A new UHC world has been launched for September. Accessible through the lobby as always, this new custom map might be familiar to those who who have attempted a skyblock challenge before. If you haven't... well, just be sure to watch your step or you'll quickly see what's down!

To go around some limitations, and in opposite to the usual, natural health regeneration is enabled. PvP is on, and the four usual targets are waiting for you!

As part of the new month, as highlighted by Sora last week, a new raid boss has appeared at the Hunter's Lodge. This new opponent, The Colossus of Rhodes, is meant to be attacked by groups of players at the same time (see: raid boss). From what I hear, this is one that you might need to hit for a long, long time to get a chance to win one of its multiple drops.

As a reminder, the Hunter's Lodge is accessible 24/7, and not only during Events Night, so you can visit whenever you please.