"Announcing the official launch of the Hunter's Lodge and Dragon Priest challenges!

In a special dual-launch, we have two new events accessible to players at all times, the Lemuria Badlands Hunter's Lodge and the End Arena - Dragon Priest Challenge!

For all who participated in the last Spiderdome science session, you will have collected some 'Shard' items. These items can be collected from unique mobs spawned in the Lemuria Badlands, by selecting a difficulty and then hunting for them. Find the mobs, defeat them, and collect their drops in order to trade for special loot!

Normally, a different raid boss will cycle at the beginning of each month- however, as we're nearing the end of this month, a temporary raid boss has been setup instead!

You can reach the lodge one of three ways:
1. By Overworld, you can reach it via a rail tunnel out of Halfway Grand Central Station in Lemuria.
2. By Nether, Southern Mainline, first sub-station: Eden Bay. Take the Lemuria Hub tunnel, and then the 'Hunter's Lodge' rail.
3. By TARDIS/Time Warp, the 'PvP & Battles - Hunter's Lodge' warp. 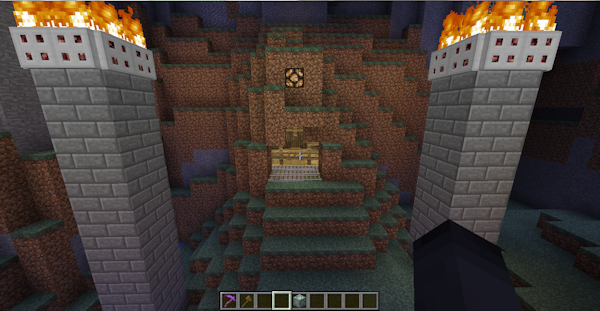 In addition to the Hunters Lodge, a new challenge has been setup in the arena located on Laurasia's main end island. Two merchants have appeared on the spawn platform, who are eager to trade for drops of Dragon Priests, which can be spawned with the button located at the bottom of the stairs up to the island. Be warned, there is no inventory safety in the End, even on Events Night!

To get to the arena, take the Northern Peripheral overworld rail out of Central, on Grand Central Station's top floor, to the Stronghold stop. Make sure to come well prepared and sleep somewhere! 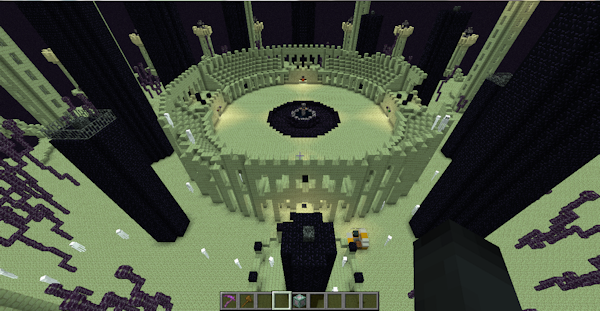 Pay a visit to the Spiderdome this Saturday - August 11th, starting around 9:30 EST - for a special event!

We're doing SCIENCE! There are some new things on the horizon, and this is your chance to get a peak at some of them early. You'll be facing off against some new enemies, along with a chance to snag some fancy loot.

Don't forget to come prepared for combat. We'll be looking forward to killing seeing you there!

Another month, another challenge world awaits! This month will feature UHC with a custom world generation. Your main goal: survive! You can also score 5 Merit Points for completing each of these objectives, if you dare:
- Crafting a bookshelf
- Crafting an enchantment table
- Access the Nether
- Pick up a blaze rod

This will be the last challenge with a fully customized world for a while at least, as the ability to generate them is going away with Minecraft 1.13. Enjoy it while it lasts!