Halloween is tomorrow, but our dedicated event was yesterday, when more people were likely to be available. Ultimately, 12 people dedicated to jump at the opportunity to chop heads off and gather kills while exploring the new PvP arena of Horseman's Hollow, right in Central. With 219 confirmed kills, I think it's safe to say that people enjoyed it!

With that said, the top three winners are:

Note that Horseman's Hollow is now available permanently as a PvP fighting ground whenever you feel like running around like an axe-wielding maniac!

Thanks to Sora for running this event and to everyone who participated in the spooky fun!

UPDATE: Here, have an Halloween wallpaper! Click for the full version! -Dr. Cossack 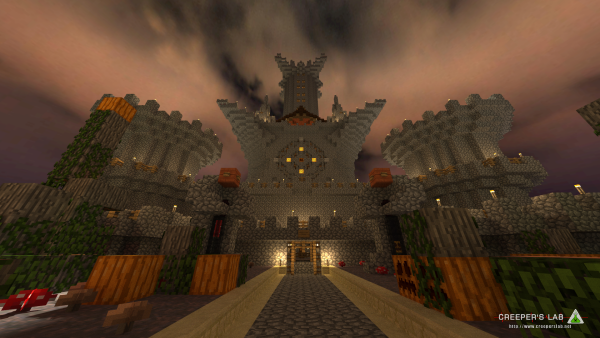 
Hey corpses and pre-corpses, Sora here for that time of the year again!

For this year's pagan celebration of evil, we have a special pvp contest-event planned for you all on Saturday, October 29th, at 10:00pm est!

Horseman's Hollow, the big (only) forest within central's walls, has been converted into a natural PVP maze.
The objective?
Kill as many contestants as possible and bring me their heads, of course! 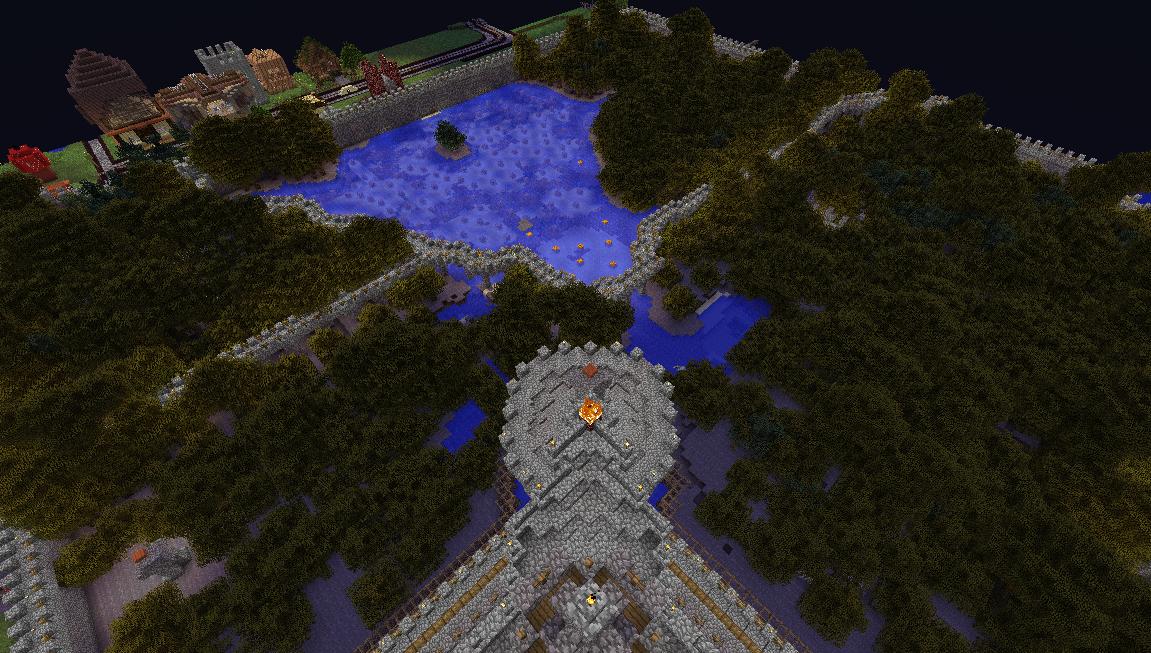 The forest can be accessed via Grand Central Station's basement level, as well as by going down the main stairs of the Halls of the Damned, the castle immediately behind the Nether Portal in central, or the lower floor of the PVP warp section.
Beds can be found behind the rail stop under the castle, in the dungeon cells (What were you expecting, a 5-star hotel?) 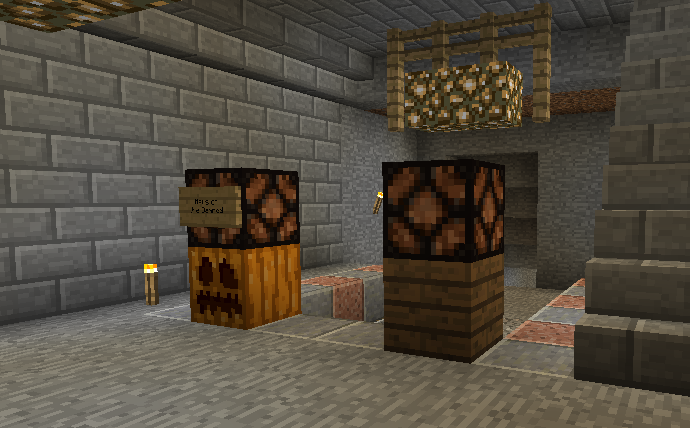 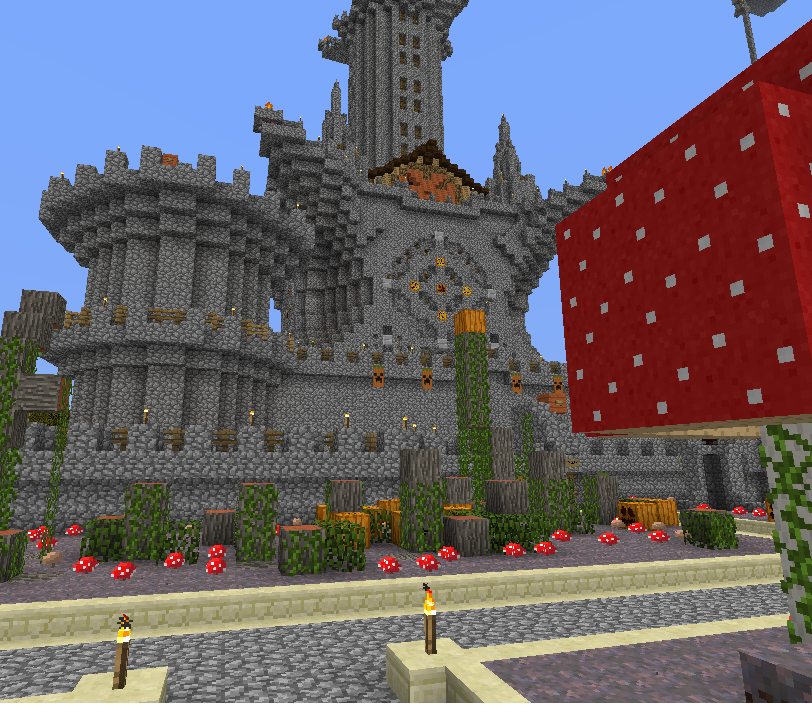 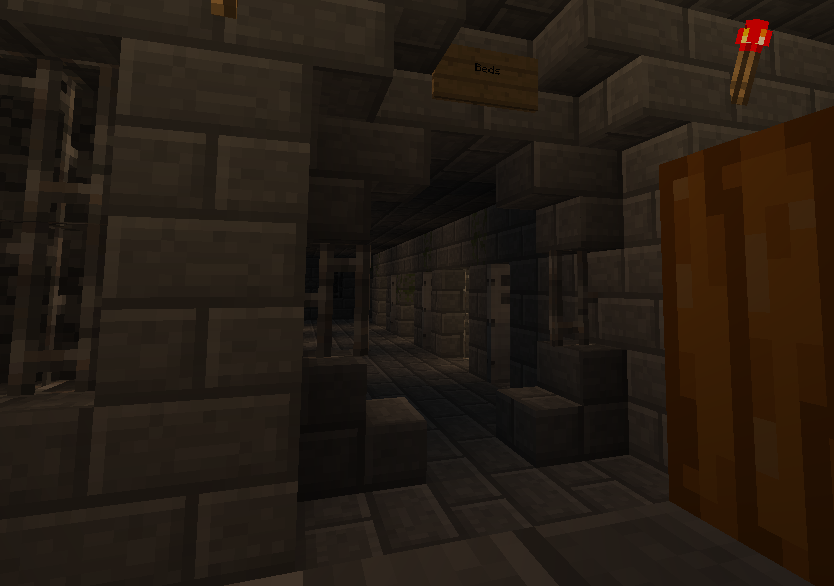 The rules are simple: Stay within the walls of the forest for the duration of the event, don't break blocks (for those able), leave your armor at home, and the kills must be dealt with the provided axes. Other then that, murder away~! The rampage will last until 11:30pm est.

All participants get to keep the specially-made axes for the event, as well as the heads they collect. Kills will be confirmed with the logs, so no pre-existing heads will count toward the prizes.


As a special Halloween bonus, a prize will be given to all players active that night before the festivities begin!
Gather all your friends over to Grand Central Station by 9:30pm EST to collect this reward!

(A note to any staff participating, please ensure that ToggleChop is disabled before playing. Wouldn't want the woods to... y'know. Not be woods.)


And yes, this is just an excuse to get all of you to kill each other.
You'll do it anyway, and you know it.
:U
[Follow the discussion!]

Miranda will be down for an undetermined time, though not terribly long. Our host is custom provisioning a new box and may take some time. For now enjoy the main worlds Creeper's Lab has to offer, as the support from DrCossack has always been most appreciated.

Not to worry, Miranda will return Soon.

Miranda, Mu, and Ouroboros are all back online! Thank you for your patience, and enjoy.

The Creeper's Lab is getting close to its fifth anniversary (next month!), and I'm looking to do something to showcase the best locations and builds that have been discovered and created over the years. To do this, I want to highlight the Seven Wonders of the Creeper's Lab... and I want YOU to help me identify them!

The goal is to compile a list of the seven most impressive things of the Creeper's Lab, as chosen by the players. These are features seen in-game, on any of the servers, both natural and man-made. You can nominate an individual building, an entire town, a large structure or design, a natural environment, or anything else of your choosing. I've put together a small form for you to send me your list. You can name only one location, or send in a complete list of seven, so don't feel like you need to think about this too much if you've only got a few ideas!

Tell us which parts of the Creeper's Lab are worthy of being part of the Seven Wonders!

I want to have a list as complete as possible, so please submit your choices, no matter if you've been here only for a week or all five years! You've got a month to reply to this. I'll then compile the results and announce what has been selected to be part of this illustrious list!

Announcement to all survivors.

Some time has passed since the horrible events that happened in the fall of Stone Ville. Since then a few survivors have made a safe haven and invite those who have managed to keep going make a home there. Since it's dangerous to travel overworld in these post-apocalyptic times, access is limited to the underground.
I implore you all to seek refuge and help rebuild a small society so we can start again. It's going to be difficult, but the walls will hold, or so we hope.

Let this be known as the name of our new home and safe from the aftermath of such a tragedy.


This building contest is set post-apocalyptic that takes place after the events of Stone Ville. That contest result can be found here.
You do not have to have participated in Stone Ville to participate in Bloodstone. The rules are fairly simple, building materials and designs should be a bit smaller and built of 'scavenged' items, so nothing will be all pretty materials. This however doesn't mean things can't be tidy and neat. Lighting should be kept basic as well, there's no electricity in a post-apocalyptic world, torches, fire, etc. Sort of ramshackled but don't feel you have to be completely cheap! Your small home could be filled with junk you found after the apocalypse.
A few people complained about using 'scavenged buildings' since this is a secured area you're "moving in" so there's no buildings to take over. As such, there's also no buildings to scavenge items from, this would have limited the imagination of builders. There was also no set apocalypse type, as there wasn't one in the original Stone Ville contest.

The location of Bloodstone is only found via the Nether. From Central: Eastern line toward Townshend > THIRD substation, supershroom > In the substation main floor in the corner > Bloodstone.

When you arrive topside, you'll see a walled area that's been kept natural except a small road and a few survivors. When you pick an area, you must follow the road pattern and connect it to the main road, please keep plots about 12x12, though there's no real limit, the could be bigger or smaller. Be considerate of others space. Be careful digging underground, while the main site is secure, underground is not. Neither is outside the walls. Not keeping the place secure for fellow survivors earns you being kicked out of the group!
After the 15th, if there's space available, you may build another building, however, only one will be judged, so label which one you want judged. Also, you are allowed to help others with their buildings if they want, this is a surviving community after all, but only the location claimer will earn the prize for the build if chosen.

I'll need a couple judges as well for those who don't want to participate, but you're still free to make a building, it just won't be judged for prizes.

Let's talk about what everyone wants, prizes. I'm hoping to get some real interest in this contest, so we're aiming for some real prizes!

The contest ends on Halloween, Monday October 31st. To claim prizes, you must add me on steam and let me know your choices so I can buy and gift them to you.
Never know, bonuses might pop up, it *is* Halloween. 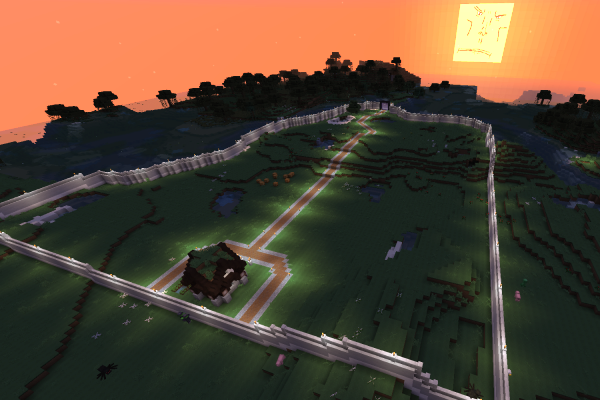 You might be aware that, starting in Minecraft 1.9, boats can move at a surprisingly high speed when moving on ice.

To have some fun with this, Prima has built a racetrack around his base, and he's inviting everyone to come try it out! We'll hold a main race event first, where people will fight to be the first to complete a set of laps, then individual and versus competitions will be done for those interested.

This will take place this Saturday, October 8, after the start of Events Night at 9pm (Eastern time).

From Central, take the south Nether line to the second substation, de Nile. From there, follow the Primeria line to reach the land of lime green glass where the races will take place.

Good luck trying to control those speeded up boats! 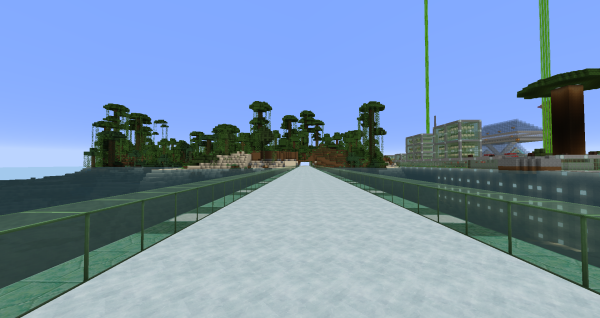 A month has elapsed, many died promptly, but a few actually pulled through!

A grand total of 33 players challenged the first version of Kenorland. Of these, only 5 managed to score all two target achievements, and one other player hit a single one.

Congrats to those who survived 'til the end! As previously announced, everyone who accessed this location during the month earned 1 Merit Point, and those who actually hit the targets earned 10 bonus points per objective.

Please note that the stats tracking was less reliable that I expected. If I missed a winner in the above list, please contact me so I can add your name and give you the additional Merit Points. I've got the full list of visitors already.

With that out of the way, the UHC world is back up in a new iteration! There will be a new world to explore and challenge every month. This second location might seem familiar at first, but not is all as it seems...

There are no hard targets this time around, besides the fun and challenge of actually surviving. Once again, PvP is ON, and griefing and raiding are allowed. Watch your back!

As I've hinted at previously, I have implemented player respawns. If you die, you'll be able to resume playing after 7 days. The game will automatically return you to the spawn point, without any equipment on you, so you can either find your base again or start anew. Best of luck with that!

Further tweaks might be put into place based on feedback. As such, don't hesitate to speak up if you have comments or suggestions!